Labour Weekend saw the Hells Wives team travel to Palmerston North for Derby Royale – 16 of the countries best teams coming together for a 2 day Derby-fest!

K-Town (Mixed Team from Kawerau, Whanganui and Levin) we lost 105 to 83

Mount Militia’s Dangerous Curves (Tauranga) – this was the second division final – we lost 140 to 85, we have previously beaten this team but with a lot of extra training and a few “helpers” from Wellington’s Richter City the Mount girls outclassed us, they got thru the “pool of death” to play us in the second division final and there was no team we would rather have played as we go a long way back with the Militia Crew!

This placed us 10th in the tournament (2nd in Division 2) – unfortunately losing to K-Town – coached by the newly elected NZ Team coach, cost us our 8th placing which was what we were hoping for – there was some controversy in the game – with some particularly harsh ref calls that sadly went against us, not to take anything away from the K-Town team though – they played hard AND strategically!

It was an intense experience, especially with 30 min bouts instead of the usual hour long games, we have come away from this tournament with our heads held high and are eager to get training for next year and try outs for the Roller Derby TEAM NZ which will be held on December 15th, we have made some new connections and we will see quite a few more teams travelling up north to play us in 2014.

THANKS TO ALL OUR SPONSORS, FANS AND HELPERS WHO MADE SURE WE GOT TO NUMBER 10 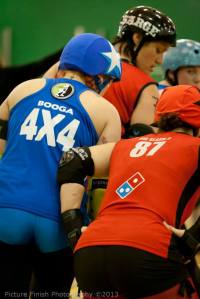 Axl Slash-R ready to do the business under the watchful eye of Sarge. Photo credit Picture Finish 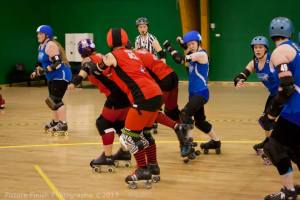 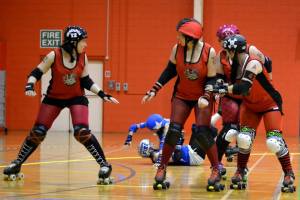 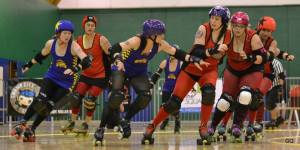 Silence quietly sneaking past on the inside. Photo credit Geex Quad 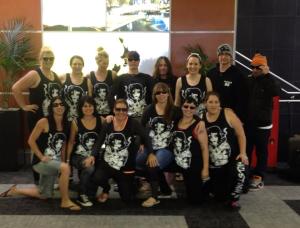 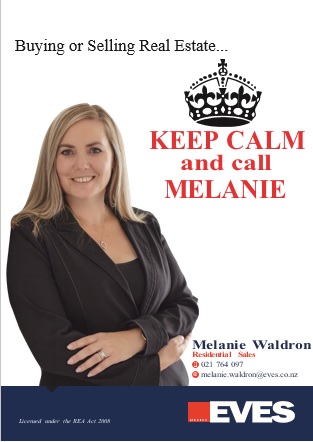 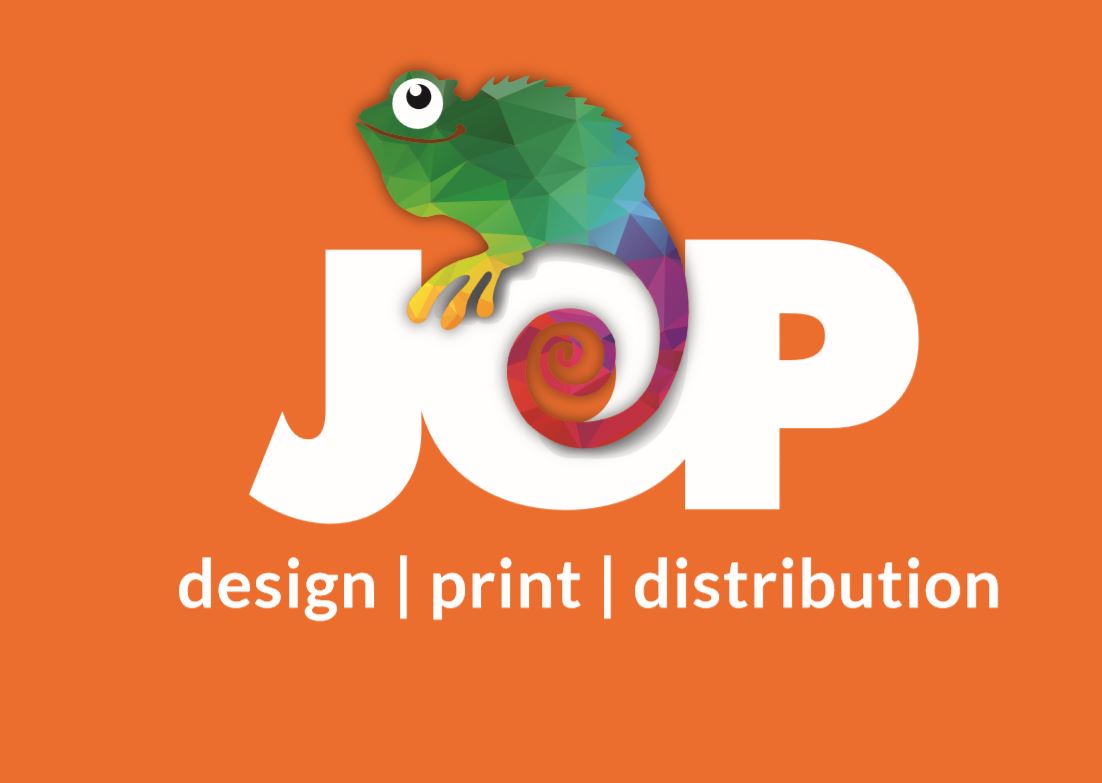